How Long 'Til Dallas? 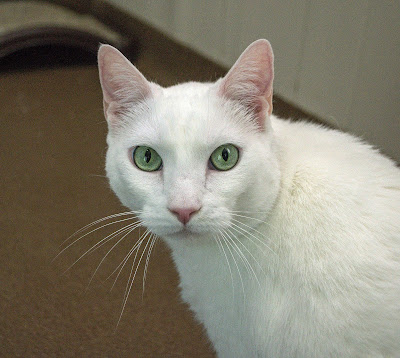 Dallas … a really big city or a really big cat? Both! Dallas, the cat, came to the humane society in late December of 2015 because his family could no longer care for him. He brought with him some medical challenges which we addressed. While waiting for his new home he developed an upper respiratory infection (URI). URIs are not unusual in shelter cats as the disease is highly contagious and it can be difficult to completely sequester sick cats from healthy ones when large numbers of animals must be housed in close proximity. This beautiful, snowy-white senior boy was friendly and loving but wasn’t responding well to medications to treat his URI. Meanwhile, Dallas had a new family awaiting his release. And waiting … and waiting.

Shelter veterinarian Dr. Lindsay Gehring took Dallas home with as a foster to see if his recovery would improve outside of the shelter environment. This is where Dallas blossomed. Most animals take their stay in a shelter in stride but a few find it distressing. It seemed Dallas was one of the latter. Finally free of his health concerns, Dallas was able to go to his new, furever home. 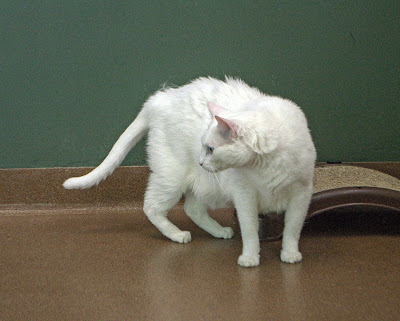 Jennifer and Mike Joseph adopted Dallas in February where, in typical cat fashion, he took over the house. When we called the Josephs to see how Dallas was doing, Jennifer responded, “He’s doing just great! He’s laying here beside me on ‘his’ couch, curled up in ‘his’ blanket – one that I was crocheting but he claimed for himself.” Clearly, Dallas has made himself a mini emperor in his new domain. But that’s just fine with the Josephs. They adore him and say he was worth the wait! 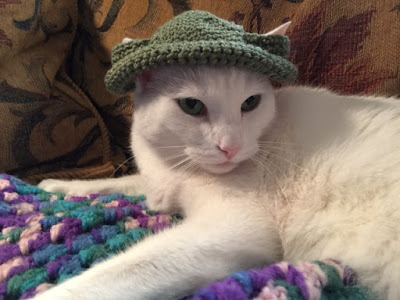 Can you help a sick cat? As summer approaches the humane society will receive more and more cats. Some of these will have upper respiratory infections. Sending these cats to a foster home with their medications dramatically speeds up their recovery time. While the disease is infectious, cats can be sequestered in a spare room to protect a family’s pets. Treatment for URIs generally lasts 10 days to two weeks. The humane society will provide for all of the cat’s needs during this time – medications, food, crate, litter.

Posted by Cowley County Humane Society at 5:20 PM No comments:

Often, when surrendering an animal to us, people will ask, “How long do you keep them before they’re put down?” It’s an understandable question, as some shelters do have a time limit for the animals in their care. Fortunately, the Cowley County Humane Society is not one of them! The answer to that question is “There is no set time limit!” 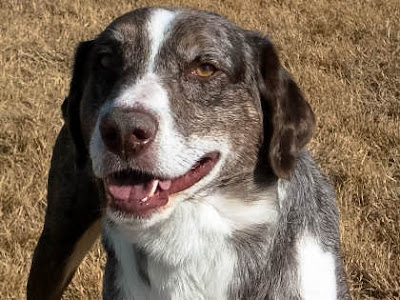 Beautiful Bob is a perfect example of a pet that the CCHS just wouldn’t give up on. Bob and his buddy Trixie were surrendered to the humane society in June of 2015. Their guardian had inherited the two Australian shepherd mixes when his family member passed away. He had other pets and couldn't keep two extra dogs, but tried to make it work. Finally, he was forced to surrender them to us. 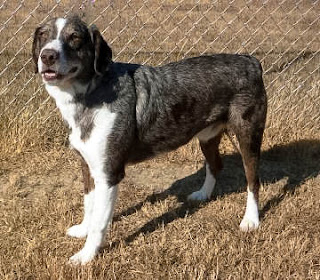 Bob has slight arthritis in his hips, but otherwise the two dogs were healthy and friendly. However, for some reason, they languished at the shelter. Adoption specials came and went, yet the pair remained. We made them Pets of the Week, offering to waive their adoption free--still, they stayed. CCHS was not prepared to give up on the two!

Finally, Karina Frazee, who had been looking for a companion and protection dog, came to the shelter to visit our pets. When she met Bob, it was love at first sight. After spending nearly eight months at the shelter, Bob had found a home! 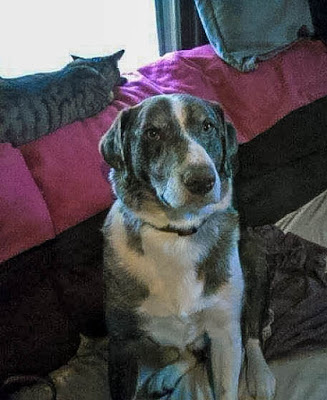 “He’s my best buddy,” Karina says. She had been going through a very difficult time in her personal life but Bob, she says “Gave me a whole new outlook on life.” Speaking with her on the phone, her love of this darling dog came shining through with every word she spoke about him. Karina is legally blind and says that Bob is unfailingly gentle with her as well as with her small dog and cats. “He goes everywhere with me and we’re never separated,” she reports.

We’re so happy for Bob and for Karina. It’s clear the pair were meant to be!

Trixie, Bob's buddy, is being cared for at a foster home and is still waiting for her forever family. 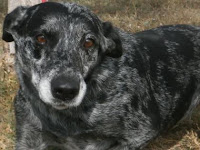 Posted by Cowley County Humane Society at 11:40 AM No comments: