A Long Time In The Making

If animals could collect miles for their shelter stays, Dyno would have qualified as a frequent flyer.

At not even two years old, this beautiful red-bone coonhound boy stayed with us three times--the first time in April of 2016 as a stray.


Dyno quickly found a home, but was returned to the shelter not even a month later, because the landlord of his new family wouldn't allow him to stay. Fortunately, Dyno didn't have to wait long before being adopted. We didn't see him again for almost a year--he was returned in April 2017, because is family was moving. This time, however, nobody was interested in adopting Dyno.

May came and went without a new home in sight. Friendly and housetrained Dyno was featured as Pet of the Week several times, but many more months passed by and he was still at the shelter.


Finally, in September, Dyno's luck took a turn when the Sullivant family came to the shelter to visit. James, the son of the family, has Asperger's Syndrome and used to be terrified of dogs, but overcame that fear. He is also bothered by loud noises, but braved the cacophony of barking dogs and walked into the kennel area where he saw Dyno and fell in love with him. There was an instant connection between the two--Dyno didn't get up from his bed until James came in. When James saw that Dyno was afraid of thunder, he said they were perfect for each other!


The dog that nobody had wanted for so long was just waiting for the right family to come and take him home!

Dyno walked right into the Sullivant's lives as if he'd always belonged there, bringing even more love into their home. He senses when one of the family members is having a bad day and is there to comfort them. James, in turn, comforts Dyno during thunderstorms and fireworks. Dyno is a playmate, companion, alarm clock, greeter and even comedian, but best of all he is at home with a family who loves him!

Some things are just meant to be.


Posted by Cowley County Humane Society at 11:51 AM 1 comment:

Don't Want to be on the CCHS Board of Directors? Neither Did I!

Not “no”, but “no way”—that was my answer when I was asked to be on the board of the Cowley County Humane Society. Sure, I always was a supporter of the shelter, but that was restricted to giving monetary donations and attending events. Because of my interest in the shelter, I was on the radar of the board and I guess I looked like a good candidate to them.
I had excellent reasons NOT to be on the board—no time, don’t want to see all those sad animal faces at the shelter, don’t know anyone I could hit up for fundraisers, and a million others. I finally agreed to meet with the board president to receive more information, but I stated right then and there that I couldn’t possibly be on the board. At the end of that meeting, I agreed to be on the board. 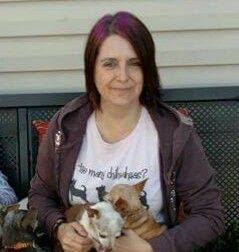 Turns out, I wouldn’t have to become a serial adopter, because I never even had to interact with any shelter animals if I didn’t want to. I also wasn’t expected to single-handedly save the world. I was told, however, that being a board member was a lot of work and took some dedication, because it is the board that plans and executes all fundraisers for CCHS. Many board members also take on additional tasks, like being foster parents, writing the newsletter, volunteering at the shelter, finding sponsors and members, etc. After asking myself if this was the cause I wanted to spend my time on and if I wanted to make a difference, the answer had to be “YES”.

We are in need of new board members who are willing to contribute their time and talents towards making a difference in thousands of animal and human lives each year. If you are that person, please contact us by messaging us on Facebook or emailing ccasdirector@skyerock.net and I will get in touch with you!

Posted by Cowley County Humane Society at 3:46 PM No comments: